There is a QRP Tuner Kit on Ebay which one can use to build all kinds of QRP-Tuner projects. It contains a knife switch for switching the inductors and two variable capacitors. As a nice addon there is a SWR-measuring circuit in there. It is using a wheatstone brigde, which is always ensuring a low SWR when tuning, and a simple LED to indicate the SWR (the darker the better).

I ordered one and modified it to build a tuner for an end-fed or so called random-wire antenna.

There are some reviews on Youtube. E.g. these two here:

Since there are plenty sellers on ebay just search for

“QRP Manual 1-30MHz Antenna Tuner” or similar and you will find it.

Since I wanted to built a tuner for an endfed antenna I modified the build slightly. Here shown in ascii-art until I find the time to properly draw it:

Here ‘nnnn’ mark the variable inductance and the two — lines mark the capacitance in the asciiart.

So I tapped it the following way:

Here are some photos of the final build: 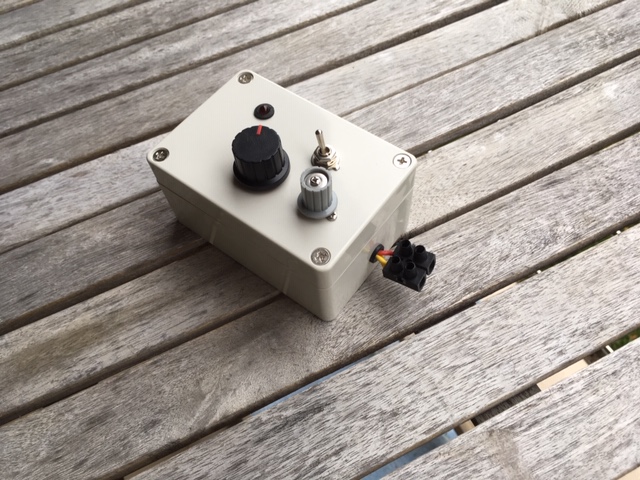 To be continued … I will post experiences here later.